Let’s be bold on Feminist Leadership

At the beginning of this month, the Generation Equality Forum saw thousands of gender equality advocates and feminist leaders converge online (and in Paris for the lucky few who made it) to amplify feminist action and commit to strong feminist transformations in the next five years. The French President Emmanuel Macron kicked off the opening ceremony by stating he was unapologetically a feminist. The Forum was yet further proof that feminism is being institutionalised, or at least attempted to be, in many different sectors: government, private sector, and international development. And that the lessons, demands, and strategies from the feminist movement are slowly being incorporated by different stakeholders.

So when one looks at the upcoming change of leadership at UN Women, the United Nations’ Agency dedicated to gender equality and the empowerment of women, we wonder whether we are about to miss an opportunity to embrace some of the experiences and lessons coming from the feminist movement about feminist leadership. In particular, how co-leadership can truly transform power structures and patriarchal institutions.

UN Women is currently looking for new leadership after Phumzile Mlambo-Ngcuka shaped this agency for almost ten years. This institution, which will be crucial as we implement the commitments made at the Generation Equality Forum, should lead by example towards the vision that was created in Paris. Considering that one of the Generation Equality ‘Action Coalitions’ was dedicated to Feminist Leadership, it would be such a powerful move for UN Women to take a transformative step towards embodying those principles. We believe that co-leadership should be taken seriously as an exciting and viable option: for example, two co-Executive Directors leading this agency, one of them being under 35 years of age.

UN Secretary General Guiterres has done some important work to bring more feminist values and actions into the United Nations since the start of his tenure. The overall 2020 rating of ‘B’ by the Feminist Campaign for the UN recognizes the Secretary-General’s improved commitment to a feminist leadership agenda and his leadership on gender in the context of the COVID-19 response, including by mandating gender analysis as a condition for his new COVID-19 Response and Recovery Fund. There has indeed been strong increases in women in leadership under Guiterres: while women made up 19% of senior U.N. appointments in 1995, they made up 62% of these high-level appointments in 2020 (Devex).

But youth – and of course a range of other marginalised communities – are still not represented as they should be. Young people in all their diversity need to be central to the change we seek for the future; not least because we need their leadership to address the unprecedented challenges their generation is inheriting. A youth co-leader would be an important way for UN Women to walk the talk of being inclusive and intergenerational – and of implementing feminist leadership in practice, challenging leadership norms and models through its own doing and structures. And we’re not thinking that this person would only inherit the youth portfolio, quite the contrary. These co-leaders would work together to ensure that all UN Women strategies and actions are integrating everyone and that the decision-making table is representative.

But beyond the youth aspect, co-leadership is a model which brings into being a more feminist world, in which power is used differently and – most notably – shared. The feminist movement has shown that co-leadership works, is valued by constituents and partners, and can foster new work cultures that end up better aligned with their feminist principles.

And while UN Women should lead the way under their new leadership, many others – from all sectors – should follow. After all, gender equality and innovative leadership models are not “women’s issues” but part of a larger transformation towards more just, equitable and future-ready organisations worldwide.

So why can’t we dream big? Why should we reproduce the institutional models that have not necessarily served us well in the past? Why should we see power as something to be held alone, instead of a co-owned resource that can be amplified through co-leadership?

We know the recruitment of the next UN Women E.D. is already underway. Maybe it’s too early for the UN to consider radically changing its leadership models. But recently, world leaders stated their readiness and commitment for bold ideas and radical change. They will now have to show they are serious and ready to do the work. So let’s get started and lay the foundation for the next generation of women, girls and feminist leaders – Generation Equality starts now.

This piece was written by four members of the FAIR SHARE Action Circle, a group of six intersectional feminist leaders from around the world who guide FAIR SHARE’s work on Feminist Leadership. Explore their Action Paper ‘Feminist Leaders for Feminist Goals’ to learn more.

Serap Altinisik (@SeeRap) is the Head of Office and EU Representative of Plan International and a Board member of the CIVICUS Alliance.

Anusha Bharadwaj (@anushabharadwaj) leads a group of passionate individuals at VOICE 4 Girls and is also the Founder Director of SoCh for Social Change.

Emily Bove (@EmilyFBove) currently serves as the Executive Director of the Batonga Foundation and is the founder and curator of the Feminist Leadership Project.

Helene Wolf (@Hel_Wolf) is the co-founder and Executive Director of FAIR SHARE of Women Leaders and a member of the Women in Dev steering committee. 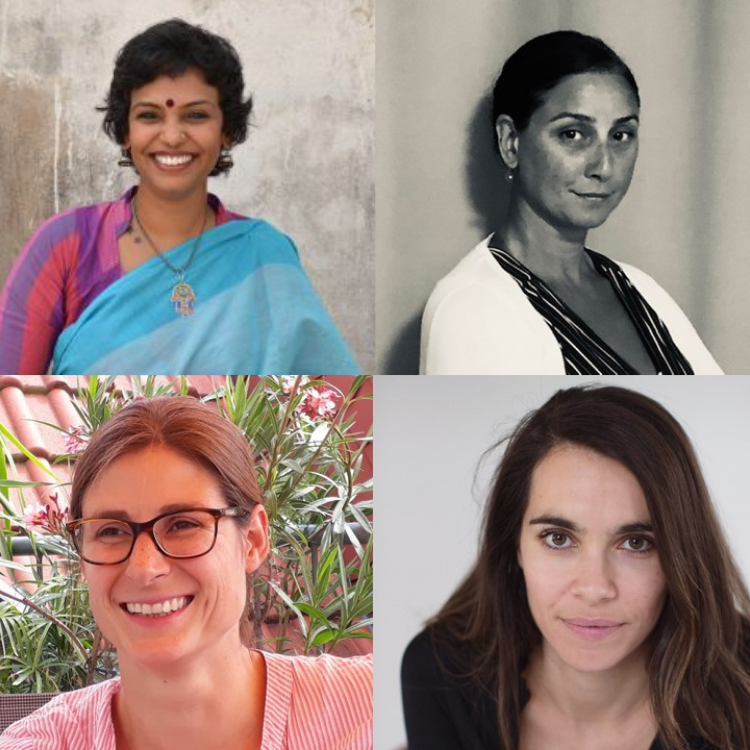 We are four members of the FAIR SHARE Action Circle, a group of six intersectional feminist leaders from around the world working in the social impact sector.