One step forward, one step back?

Recently we published the fourth annual FAIR SHARE Monitor, a data-based tool tracking the proportion of women leaders in the international social impact sector. So what did we find?

With just under eight years to achieve the Sustainable Development Goals, many are ringing the alarm that we are far from on track towards this goal – and the results of the FAIR SHARE Monitor 2022 once again confirm this. While the data shows some small indicators of progress, these tend to be balanced out by regression in other areas.  Are we as a sector taking one step forward, one step back?

A perfect example of this can be seen with the FAIR SHARE Index, which measures the representation gap between staff and leaders. While 6 organisations improved their score, 6 had a worse score, and 38 (!) didn’t have any significant change. While some may feel the urge to remind us here that Rome wasn’t built in a day, gender equity is a goal that cannot afford this lack of momentum. 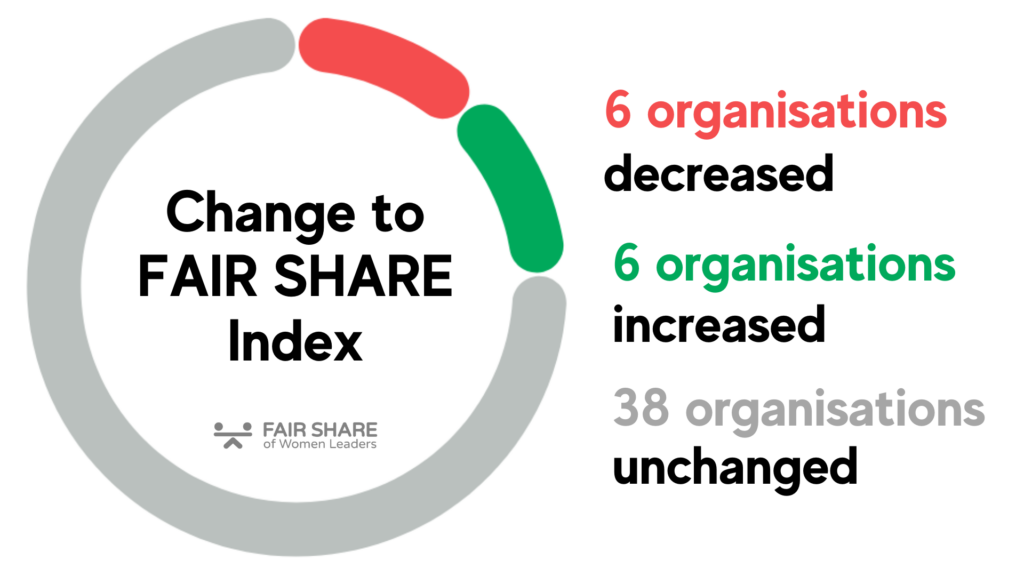 Another case in point: while the data shows nearly half of organisations (46%) are led by a woman CEO or ED (up 3% since last year), boards lag behind – a conclusion we also reached in 2020. While the proportion of gender-balanced boards increased 4% since last year, we’re still only at 15%, while over half (52%) are male-dominated.

As our Executive Director Helene Wolf wrote back in 2020, this may be partly due to the fact that Boards are only elected every few years. There may also be a lack of clear policies that promote women into key governance positions; we found that only 66% of organisations have some kind of gender and/or diversity policy (up from 57% last year).

Glaring lack of diversity in representation

While Boards and senior management teams (which have also remained relatively unchanged since last year) paint a mixed picture, what is clear is a glaring lack of racial diversity in representation. 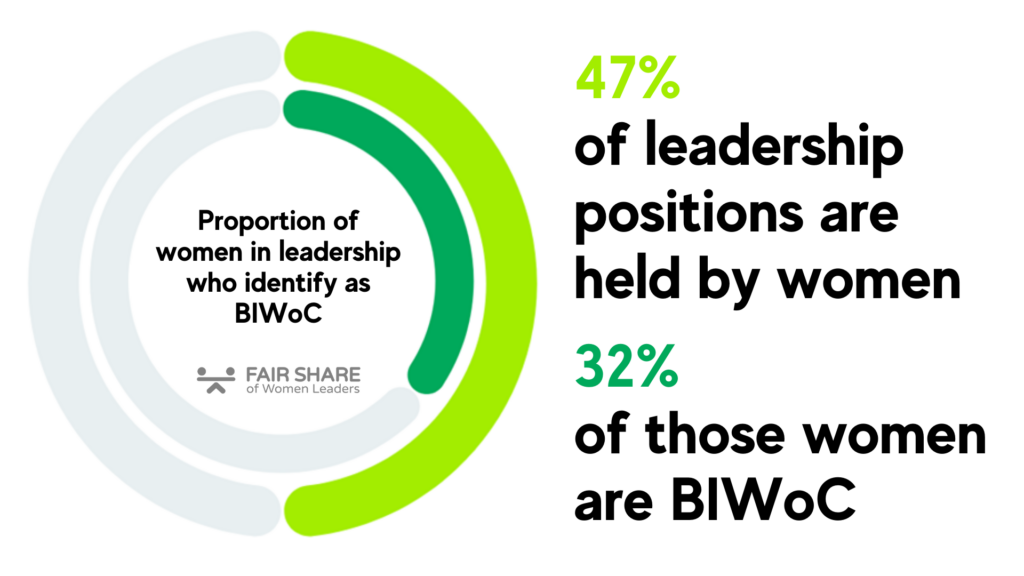 Of the 61 organisations included in the Monitor, 45 had data on Black, Brown, Indigenous women and women of colour (BIWoC) on staff and in leadership. Within these organisations, women made up 47% of leadership positions – but only 32% of these women identify as BIWoC.

And while 15.6% of senior management teams have no women, nearly triple (44%) had no BIWoC. This marks a slight improvement (4%) since last year, but is still totally unacceptable – especially given the number of organisations making statements about diversity two summers ago during the Black Lives Matter reckoning (and again recently during the International Day for the Elimination of Racial Discrimination on 21 March). Our data indicates that many have not been putting action to words.

We will continue to monitor progress towards intersectional gender equity in the sector until 2030. And in that time, we also expect the Monitor itself to develop. We will keep exploring how we can make the Monitor more inclusive and representational; we also would like to include more foundations, given their power and influence in the sector. That’s our commitment: to develop as useful a tool as possible for the sector to hold itself accountable for a FAIR SHARE of women leaders.

Explore the results of the FAIR SHARE Monitor 2022 for yourself here. 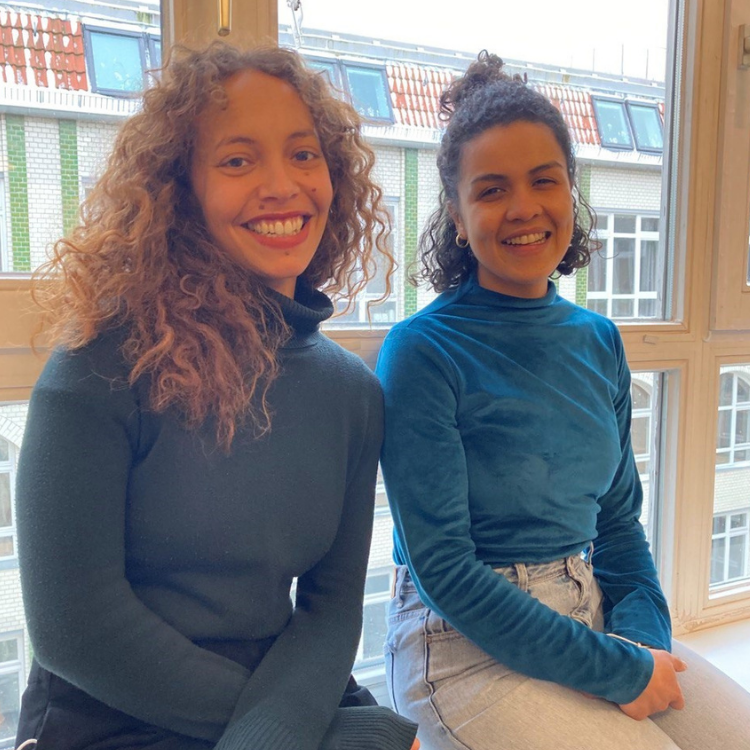