This past April, our Executive Director Helene Wolf took a two-month sabbatical (read why here). In the blog post below, the FAIR SHARE team reflects on this experience, the unexpected way in which we learned from it, and what it means for our path going forward.

Our Executive Director Helene first mentioned the idea of a two-month sabbatical about a year and a half ago. At the time, it was difficult to comprehend – in a team of just five people, any absence is quite noticeable, let alone that of our key-decision maker and the organisation’s founder. On top of that, when she first floated the idea, we had only all been working together for about six months.

Despite our trepidation, she was determined to make it happen (and rightfully so). So as her departure in the beginning of April 2022 approached, we began preparing:

By the time Helene actually set up her out-of-office at the end of March, it felt we had a system in place to manage – temporarily – without her. But she also prompted us to consider a bigger question: how might her absence as Executive Director, as the one who formally held the most power and responsibility, be an opportunity for new processes and structures to emerge?

A noble aspiration, but in practice, the two months flew by with little time or headspace for the big picture. And because the extra workload was anticipated, it went more or less smoothly: we had a good grasp of what needed to happen, which plans would be put on hold and what our responsibilities were. And luckily, there were no unexpected surprises or crises.

But that’s not to say we didn’t notice any difference. Here’s what did happen:

Despite these observations, when Helene returned and asked us what we noticed in her absence and might want to change going forward, most of us struggled to immediately reflect on the two months holistically or think about implications going forward. We saw the smooth sailing as part luck and part preparation – which would have certainly been challenged had Helene been gone longer. (In fact, her questions about how we worked together during the sabbatical revealed exactly what we had been missing and were painfully aware of: that big picture perspective!)

Helene, on the other hand, questioned what these observations meant for her role in the team if we reflected so positively on our collaboration during her sabbatical. If her input wasn’t needed for our various projects to move forward, what was her role? While the rest of us felt nothing had significantly changed, Helene rightfully came to the conclusion that this feeling was exactly what pointed to an opportunity to make significant changes.

So we decided to have an all-day team meeting to re-evaluate our roles: what could and should Helene be focusing her energy on if we leave her out of cc on all those emails and continue to take meetings with project partners without her? In which working areas would we each actually like to take on more responsibility, and what would that look like? How can we reshuffle work to address an imbalance in overtime, which we also recently revisited following our new approach last year?

The fact that we will slightly grow our team thanks to new projects and funding makes this phase in our organisational development particularly exciting, and means the above questions have become concrete rather than hypothetical. We are ready to enter a next phase as a team, to start imagining what the future leadership structure of FAIR SHARE might look like and further explore how we will continue our Feminist Leadership journeys – as individuals and as a team.

So, as is often the case, the learning happened when and where we least expected it: not in crisis management during Helene’s sabbatical, for example, but rather upon her return. That’s when we realised – through her fresh eyes – that while without consciously making big changes, we nevertheless adjusted our way of working to the changed constellation. Now, we have the opportunity to reflect on this experience and to build on it. Rather than return to the status quo, we’re going to reimagine how we will work together going forward. We will keep you posted! 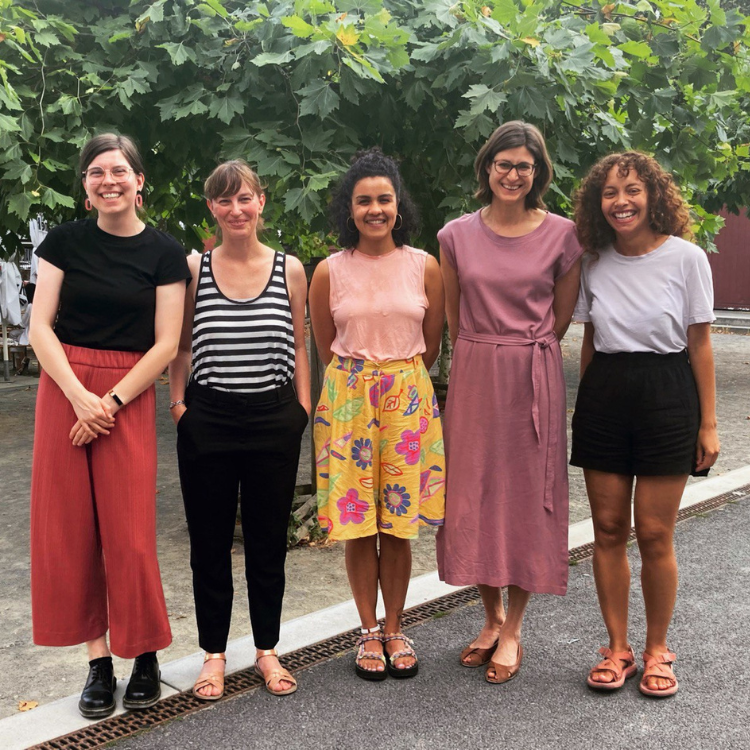